Loneliness, loss, love and libido are just some of the subjects explored in the 13 short films commissioned through Animation 2018, the prestigious programme from the BFI and BBC Four designed to find and support the UK’s most exciting new and emerging animators. Each of the films supported through Animation 2018 will receive production grants between £2,000 and £10,000 towards the completion or creation of an original film and the opportunity to be broadcast on BBC Four following a premiere at BFI Southbank.

The selected films take different approaches to the form, using styles and techniques ranging from hand-drawn images to live-action puppetry, stop motion, CG, 2D and 3D and covering a diversity of genres from science-fiction to documentary to celebrate and explore the medium of animation. The films will each be 2-10 minutes in duration and showcase fresh animation talent from all nations and regions of the UK.

This is the second edition of the UK-wide collaboration between the BFI and BBC Four which encourages and supports talent from a variety of disciplines. The last, Listen to Britain 2017, celebrated British documentary filmmaking and has already acted as a launchpad for a number of promising careers across broadcast and film.

Animation 2018 forms part of the BFI’s year-long focus on animation, which celebrates the diversity, richness and innovation of British animation, through screenings and events in venues up and down the country, a new collection of 300+ archive animations available to view for free online and the release of BFI supported Early Man, the latest film from Nick Park.

Animation consultant Helen Brunsdon will be working with and sharing her expertise with the filmmakers. Helen has worked extensively in the animation industry, for numerous clients including Aardman Animations, BBC, CBBC, The Brothers McLeod as well as for Animation UK and on the British Animation Awards. Her film credits include Wife Of Bath, Morph, The Pearce Sisters, Nina Needs To Go, Children Of The Holocaust, Isle Of Spagg, Quiff In Boots. Development and delivery of the animations will be managed by independent production company Wingspan Productions which produced Listen to Britain 2017.

Emma Cahusac, Commissioning Editor, BBC Arts, says: “I’m delighted that BBC Arts and BBC Four is part of this ambitious initiative which champions new talent.  We’re delighted to be partnering with the BFI on this project and can’t wait to see what the animators have in store for us.”

Gillian Scothern, Broadcast Producer, BFI, says: “We were blown away by the quality and quantity of submissions we received for Animation 2018, and the wealth of talent across the country using animation to create boundary-pushing work. The 13 films we’ve selected use traditional techniques alongside cutting-edge technologies to tell a diverse range of stories in new and exciting ways.”

Deborah Lee, Executive Producer, Wingspan Productions, says: “We are looking forward to working with such an impressive range of up-and-coming animation talent and helping them shape their first film for broadcast. These filmmakers promise to showcase the unique potential of animation to take on complex subjects and make something impactful, entertaining and often extraordinary. Prepare to be delighted.”

The broadcast for BBC Four will be commissioned by Cassian Harrison, Channel Editor, BBC Four and Emma Cahusac, Commissioning Editor for BBC Arts.  The project is part of Culture UK - an alliance between BBC and Arts Council England, Arts Council of Wales, Arts Council of Northern Ireland and Creative Scotland, which takes a fresh approach to cultural collaborations, commissions and creativity. 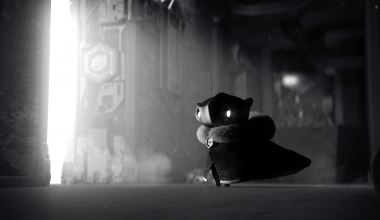 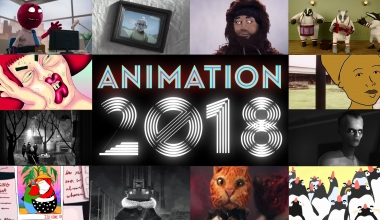 On Monday 19th November, thirteen short animated films, executive produced by Wingspan Productions, received their premiere at NFT1 at BFI Southbank, ahead of their forthcoming transmission on BBC Four on 2nd December.