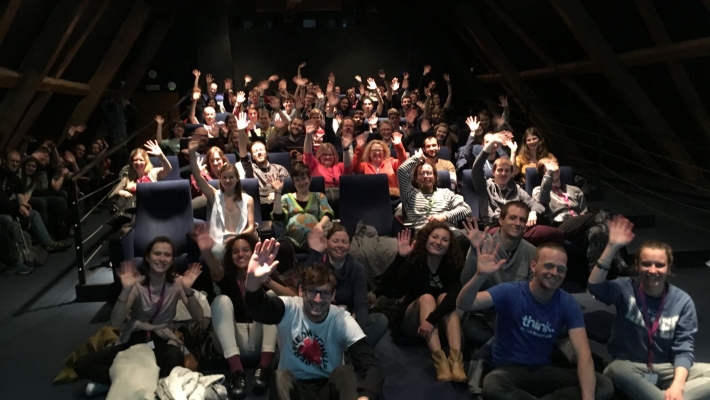 ‘The Jury was impressed by the high quality of the twenty films selected for the International Competition this year. These very strong films had different visions and approaches, with the best of them combining engaging filmmaking with challenging science. As the embodiment of the theme of AFO – The Future is Now – the Jury awards Honourable Mention to THE JOY OF DATA (directed by Cat Gale) for a fresh, simultaneously serious and playful approach to what might have been a dry academic subject.’

At AFO #50 in 2015, Cat’s previous Joy Of…, The Joy of Logic,  had gone one better, winning the Grand Prize. This year that was awarded to the Russian documentary Lake Vostok – A Mountain of Madness.

Following a skiing accident, Cat was unable to attend AFO this year so Archie encouraged the packed cinema audience at one of the screenings to send her their Get Well Soon greetings.

April 2019: This is the third prize for the 'Joy of...' franchise at AFO: in 2015 'The Joy of Logic' also picked up Best International Film and in 2017 'The Joy of Data' received an honourable mention in the same category. 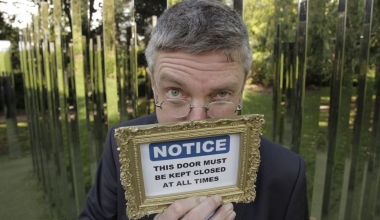