Ian Hislop: When Bankers Were Good 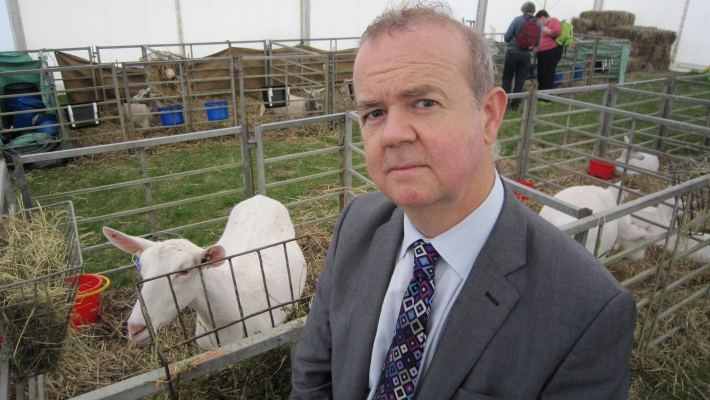 Following the success of The Age of the Do-Gooders, Ian returns to the 19th century for this sharp, resonant look at attitudes to money and morality when the City of London first became the world's financial capital.

Victorian bankers achieved wealth on a scale never envisaged by previous generations, but many of them were far from comfortable about their new-found riches, which caused them intense soul-searching amidst furious national debate about the moral purpose of money and its potential to corrupt.

Like so many other Victorian bankers, the Barclays and Lloyds' families amongst them, Samuel Gurney was a Quaker. Of course banking and its rewards seemed at odds with a faith that valued modest simplicity. But Gurney's honest prudence shone during the financial storms of the 1820s, and his wealth helped the work of his sister, prison reformer Elizabeth Fry, who is immortalised on today's five pound note.

Self-made millionaire George Peabody was a merchant banker with a reputation as a stingy Scrooge. But then he surprised everyone by making an enormous donation to London housing. Insisting his homes only went to those of 'good moral character, Peabody was dismissive of the feckless poor. But 150 years on, his housing estates still house 50,000 Londoners.

Angela Burdett-Coutts became an overnight celebrity after she inherited the enormous Coutts fortune. With her love of small dogs and her vast stash she could have been the Paris Hilton of her day. Instead she went on to become the greatest philanthropist of her age. Yet Angela knew there was more to life than money, and ultimately sacrificed her riches for love.

Perhaps the richest of them all was Natty Rothschild, who tried not just to ensure that his personal wealth did good, but that his bank's did too. Yet Natty hated the idea of the welfare state, believing Do-Gooding was best left in the hands of the Big Society. A hundred years ago he lost that argument – only for the debate to re-emerge noisily today.

Deploying his customary mix of light touch and big ideas, Ian champions these extraordinary and generous individuals at a time when the reputation of bankers has perhaps never been lower. Along the way, he meets Dr Giles Fraser, until his recent, dramatic resignation Canon Chancellor of St Paul's Cathedral, Chairman of the FSA Lord Turner, philanthropic financier the current Lord Rothschild, historian A N Wilson and Chief Rabbi Lord Sacks.

When Bankers Were Good

Hislop's usual informed and entertaining style: never afraid to take a stand but staying the right side of sanctimonious - The Guardian

Produced and Directed by
Helena Braun